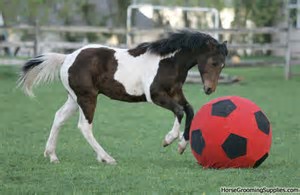 In the last article, I wrote about the Premack Principle which states that:

What can I do with information? First, the idea of behaviors as reinforcers opens up many new possibilities for ways to reinforce behavior. And second, it means I need to pay more attention to the effect that each behavior is having on other behaviors that occur either before or after it.

In many cases, especially if I train with food, this information may not change much about what I do. But there are some types of training where knowing about the Premack Principle can make it easier to come up with a training plan that will be successful and will help you make decisions along the way. At the Art and Science of Animal Training Conference, there were two presentations that explained how to deliberately use the Premack Principle in your training.

I am going to share some notes from each one separately and then end with a summary about what we have learned at the conference about the Premack Principle.

Emily Larlham – Reversibility of Reward: Harnessing the Power of your Animal’s worst distractions

Emily started us off with a video showing one of her dogs who loves to chase frogs. For this dog, frog chasing is clearly a behavior that has a high probability of occurring in certain environments. Then she shared a video of her dog walking calmly among some chickens, showing that in that scenario, chasing was actually a lower probability behavior.

Her question was “Would you like to get from this to this?”

Of course, most of us would say “yes”, but it can sometimes seem impossible to imagine how we can replace one behavior with another, especially if the dog has a previous history of doing the less desirable behavior, or if it’s hard to control the environment so we can train a new behavior in small steps.

But it is very possible, and she provided some simple guidelines for how to do it. She did make a point of saying that this topic could not adequately be covered in a 20-minute presentation, so she was just providing a basic outline and some examples in order to illustrate the process. If you want to learn more about how to do this, she has additional resources on her website (www.dogmantics.com).

Before getting into details, she brought up the question of whether or not we are brainwashing dogs. I thought this was a really interesting point because when we try to change behavior, we do always need to think about the function of that behavior and what effect it has on the well-being of the animals. We also need to think about if the new behavior can serve the same function as the original behavior, or if we need to change something else so the needs of the dog are still being met.

Every case is going to be different, but she has found that there can be positive changes in health and well-being when a dog learns a new, calmer way to respond to stimuli that would previously have caused a great deal of excitement and stress.

She had some great examples and video showing the steps. Here are some of them.

Example 1: Teaching a dog to come away from an item of interest.

Example 2: Teaching a dog to orient to the handler, even in the presence of a rabbit.

This was with an Irish Wolfhound and they started by practicing the desirable behavior, which was having the dog orient to the handler. The rabbit was introduced in stages. First, they had a person stand or walk around at a distance. Then they had the person carry the rabbit, and so on. The complete progression was:

Example 3: She also showed some video of a dog that wanted to chase deer and would get very excited, jumping up and down and straining at the leash. She was able to teach the dog to remain calm, even when deer were present, and the dog can now be walked without trying to chase deer.

A few other points:

She ended with a review of these important concepts:

Alexandra Kurland- Do it again: The use of patterns in training

Alex started with a video showing a simple pattern in which a horse went from mat to mat, passing a cone along the way. The set-up of the environment provided clear information to the horse about what to do next. This kind of exercise is a great way to teach some basic skills or behaviors in a systematic and thoughtful way.

Alexandra’s basic premise is that teachers and learners thrive on patterns.

Patterns add a level of complexity that draws attention to areas where you need to do more work. A behavior might be easy for the horse when you practice it on its own, but be more difficult when inserted in a pattern. Figuring out why can identify areas that need more work. Combining several behaviors together in sequence may also make it easier to see a general trend such as a weakness in one particular skill or a missing component.

What do you need to know to teach patterns?

Patterns are connected to Loopy Training. Loopy training is Alexandra Kurland’s term for training where a behavior is built in loops. A loop can contain one or more ABC cycles (antecedent -> behavior -> consequence).

The basic guidelines for Loopy Training are:

Some additional details about loops:

Example of a Pattern created with Loopy Training: Walking with the trainer to a mat

Basic Principle: There’s always more than one way to shape a behavior. What is the future of the behavior? What skills do you want to learn?

Alex often uses mats in her training. They can be used to ask the horse to go forward (go to the mat) and to stop (stand on the mat) so they help to create well-balanced loops. But before you can use mats in your patterns, you need to have basic mat manners which include:

To meet the criteria listed above, the horse and trainer need to learn how to go forward together, how to stop together and how to step back (if the horse overshoots the mat). She teaches these first.

Step 2: Teach Going to the mat

Alex teaches matwork using what she calls a “runway.” The runway is made of two sets of cones arranged to form an open V (wide). A mat is placed at the base of the V. You can click and reinforce at any point in this pattern. When Alex first teaches it, she will reinforce for most correct responses. Once the horse knows the pattern, she can thin out the reinforcement if desired.

The matwork pattern works well because it shows a nice balance of behaviors. It also allows for a lot of adjustability. The trainer can spend more time on the behaviors that need improvement, but is less likely to get stuck on one for too long, as the pattern itself encourages the trainer to move on after any small improvement.

You can make lots of different patterns to teach different behaviors and skills. I use a lot of patterns in my own training and have found that they provide a nice framework for teaching more advanced behavior combinations and can be adjusted to keep the training interesting.

Here are some of the main points from the three presentations on the Premack Principle:

• Think of reinforcement as being about behaviors. What does your animal want to do? Can you use it as a reinforcer?

• Don’t forget that Premack is also about punishers. If you follow a behavior you want with one that the horse is less likely to choose on his own, there will be a decrease in the behavior you want.

• The value of reinforcers can change. Premack showed that the same behaviors can function as reinforcers and punishers, so a behavior can be reinforcing in one situation and punishing in the next.

• You can shift a behavior from more probable to less probable by building reinforcement history for that behavior in an environment where the animal can be successful, and then slowly raising the criteria until he can do the new behavior under the original conditions.

• When choosing a behavior to use as reinforcer, consider behaviors that the animal enjoys or that have a strong reinforcement history.

• As with any type of reinforcer, you do want to choose one that provides the appropriate level of motivation and doesn’t tip the animal over into a state where he is too excited to learn. Barbara Heidenreich gave a presentation on non-food reinforcers that included some tips on choosing and using non-food reinforcers.